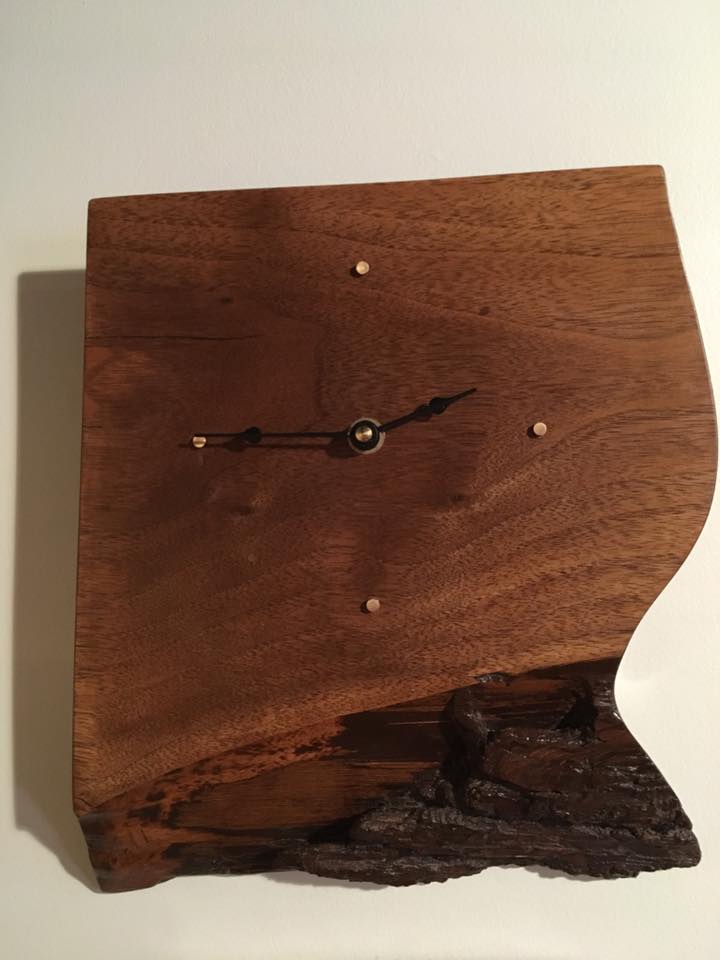 Should You Keep The Bark On A Live Edge Piece Of Wood?

Live edge wood means we don’t saw the sides in perfectly straight lines, but that doesn’t mean no work is done to these sides to make them look great. Many WoodOnSteel clients prefer to have the bark removed from the contours of their live edge surfaces.

For many rooms and furniture types, it’s a good idea to remove this outer layer. But our clients also have the choice of leaving the bark on, and this extra bit of detail can add more rustiness to your living space!

Live Edges: Keep The Bark On, Or Take It Off?

Several factors determine whether we can keep the bark on the edges. One of them, believe it or not, is the time of year when the trees were cut down! Dried logs that someone cuts down during the spring and summer will lose their bark more easily because sap production is down at these times of the year. In the springtime, the stringy substance that connects bark to the wood (a natural glue known as the “cambium”) is softer, too. These logs can also have unique coloring and patterns because of the higher moisture content.

Not all tree species should have their bark left on, and many will lose it naturally as we work the wood. Hickory, for example, sheds its bark no matter what the craftsperson does to it. But if we don’t seal these edges properly, the bark can come off and make a mess in your home. Even worse, it could reveal a layer that isn’t as appealing.

How We Preserve The Bark

Many at-home craftspeople find that the bark on live edges is hard to preserve. While this can be true, it’s easier to do when you know when the tree was cut down and have the right epoxy! If you choose to keep the bark on your live edge and the type of wood is ideal for it, we’ll use epoxy to seal and protect the outer layer. We clean up the bark well, removing any loose particles that could float in the epoxy before it sets. Then it’s time to apply the sealer, getting it into all the bark’s nooks and crannies so that no pieces go unprotected.

Removing The Bark From Live Edges

For many live edge slabs, we must remove all the bark. It’s especially true if the wood comes from species, like hickory, that loses their bark despite the timing of its cut. If you wanted the bark to stay, don’t worry: the cambium often adds depth and character to the edge, and some clients find that the tracks made by larvae below the bark are worth preserving.

When we have all the bark removed, we’ll use a small nylon or wire brush to scrub away loose or stringy cambium-layer fibers. Scraping away that layer creates a slippery-smooth edge with more rounded features. We’ll then remove any small pockets of bark and, if they’re interested details, leave them alone; if they hurt the overall look, we can fill them with epoxy!